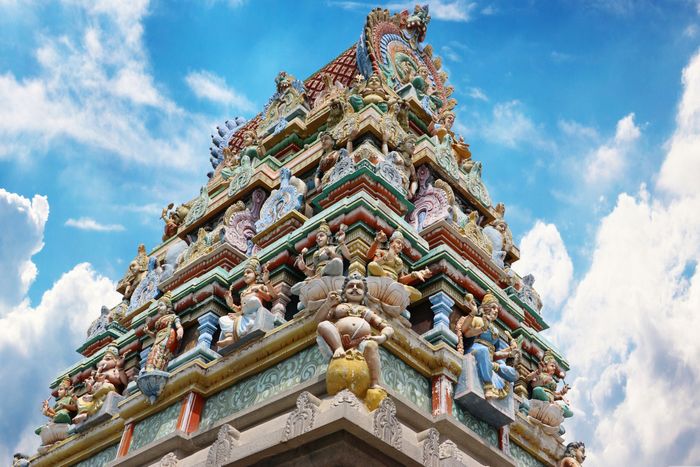 The Nagarathars are a part of the Chettiar community located in Chettinad with a rich history going back to the medieval era during the reign of the Chola dynasty. They are famous for their business acumen and traveled far to the south-east Asian countries including Sri Lanka, Burma, Malaysia, Singapore, Sumatra, Java and Vietnam in search of commerce.

The community is renowned for its legendary hospitality and is considered as the pioneer of the modern banking system in practice today. They are believed to have introduced words like debit, credit, profit and loss, expenditure and trial balance. The community is also well-known for philanthropy, having built schools and temples wherever they went.

The Nagarathar community members are dedicated worshippers of Lord Shiva and Goddess Parvati with the community being classified on the basis of 9 main temples spread out through the Chettinad region in Tamil Nadu. Each family is a part of one of these temple clans. The Nagarathar Chettiar community is the only one in the world that is divided on the basis of the temple they worship. Each temple has its own water tank called the ‘oorani’ where water lilies are grown for use in temple rituals.

The nine main Nagarathar temples are:

*Mathur Inootreeswarar Periyanayaki Kovil
Deities are Inoostreeswarar (Lord Shiva) and Periyanayaki (Goddess Parvati). The temple is located in Mathur, 5km away from Karaikudi.

*Thanthondreeswarar-Soundaryanayaki Kovil
Swayamprakasheswarar (Lord Shiva) and Soundaryanayaki (Parvati) are the deities in this 500-years-old temple. It’s located in Illuppaikudi, 5km from Karaikudi.

Come visit the Chettinad region and its historically-magnificent temples. You could stay over in the heritage Chidambara Vilas hotel in Pudukottai and enjoy their legendary cuisine and hospitality. It’s well-connected by highways, rail and air – with the nearest airport being in neighboring Trichy.