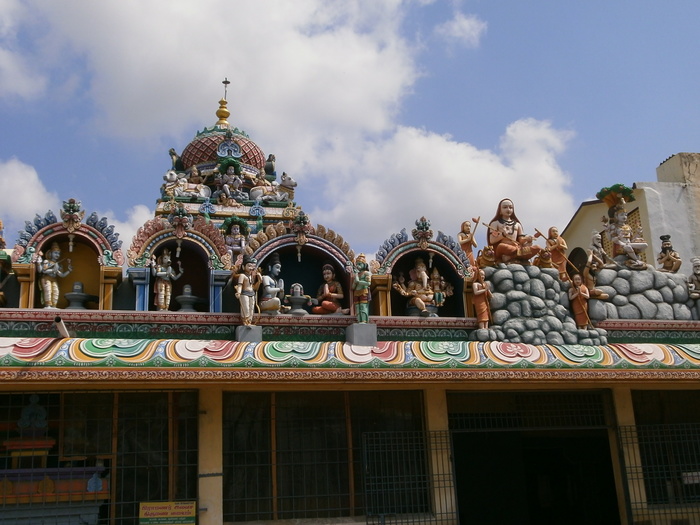 This vast temple is famous for its huge ‘Gopuram’ which dominates the skyline of the temple town of Kanchipuram. This town is among the seven most important pilgrimage centres in India and attracts numerous tourists. The temple gains further significance as it’s historically among the most ancient temples, with its existence dating back to around 600 AD. This sprawling temple covers an area of more than 40 acres and reaches a maximal height of 57 meters. The temple’s main entrance – the ‘Raja Gopuram’ is among the tallest in South India and is carved with graceful art forms and sculptures in various poses. It was built by Raja Krishna Deva Raya and the intricate designing of this gopuram can keep connoisseurs of art entranced for hours.

The temple is believed to be thousands of years old but was pulled down and rebuilt again by the kings of the Pallava dynasty, Pandya dynasty, Chola dynasty and the succeeding Vijayanagar era, with especially King Krishna Deva Raya making several structural contributions to this temple. There is a thousand-pillared irresistibly-designed hall (Aaiyram Kaal Mandapam) in front of the sanctum sanctorum; it houses 1008 Shiva lingam idols and is believed to have also been built by Raja Krishna Deva Raya.

The presiding deity here is Lord Shiva and is worshipped in the form of Prithvi Lingam. Interestingly, there is no separate shrine here for Parvati but a small temple for Lord Vishnu in the form of Vamana Murthy is located within the temple precincts.

There is an interesting story that Parvati was worshipping Shiva in the form of a Prithvi Lingam, improvised out of sand from under a mango tree. However, the neighbouring Vegavati River overflowed and threatened to destroy the lingam. In consternation, Parvati is believed to have hugged the lingam to protect it. Shiva was so touched by this gesture that he materialized in person to her and married her.

The mango tree where all this happened is still believed to exist in the temple and is believed to be 3,500 years old. A Shiva-Parvati shrine exists under this temple tree, which is known to bear four different tasting mango fruits to this day.

You too can witness this amazing temple at Kanchipuram is well connected by road and rail, with Chennai airport being a mere 75km away.