Chettinad is the land of the Chettiars, a community of merchants, businessmen and traders and is located away from the busy hustle bustles of the cities on the Southern side of Tamil Nadu. Chettinad is a rather different sort of tourist spot that sports fewer natural elements but more cultural, artistical and architectural elements that many would expect Chettinad to unfurl. 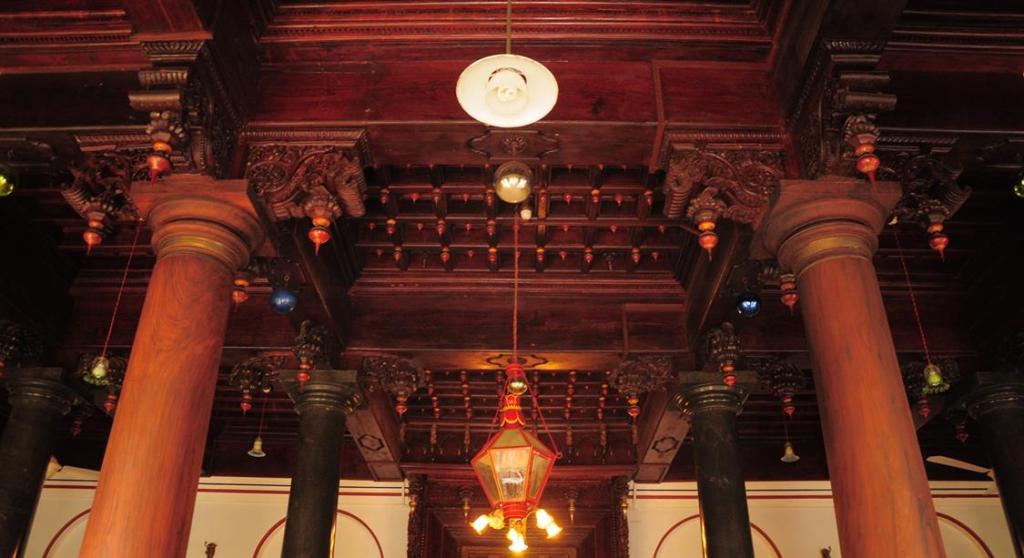 Apart from the striking, unique cultural heritage of the Chettiars, it is the cuisine of Chettinad that makes the place an excellent experience for visitors from all over the country. While these two contribute heavily in making Chettinad a land of uncanny surprises, the best is the architectural grandeur that is on display at every nook and corner of the villages. Called Chettinad mansions, these depict a clear picture of the sheer wealth that the Chettiars own.

Though it might be the size of these large mansions that will attract you at seeing them for the first time, once you start exploring the mansions carefully, you will understand that there is more to these massive structures than just the size. From the very first step you take into the massive palatial houses of Chettinad, you will sure have a feeling that better things are on the way.

Upon carefully observing various parts of the mansions, one can understand that most of the foreign architectural elements are carefully blended with the vernacular style to create a rare, unique and striking architectural style that will sure surprise the onlookers.

Though the ground floors and various items that occupy the ground floor are distinctively Indian architecture, the ceilings and the upper floors have influences of South East and European architectural styles for sure. It might surprise anyone how the Chettiars of the village could get inspired from the architectural styles from around the world. For this, you need to understand that the Chettiars were ardent traders, travelers who had great affinities towards craft and arts.

The works on the pillars, the woodwork and the intricate stonework are inspired from the houses with such works

The tiles the Chettiars used have European influence, the marbles were from Italy, the doors that stood at the entrances were made of Burmese teak and the chandeliers from Burma, all of these together give the palatial houses of Chettinad a distinctive feel and look which is unmistakably Chettinad.