Also known as the Nattukottai Chettiars, the Nattukottai Nagarathars are believed to have settled in Kaviripoom Pattinam, also known as Poombugar, a coastal city during the 2nd century AD of the Chola Empire. They were basically traders with great business acumen and dealt with gems, silks, pearls, spices and salt. Early records show that this community travelled to Colombo in 1805, to Penang, Singapore in 1824, to Moulmein in Burma in 1852 and to Mandalay in Myanmar in 1885. 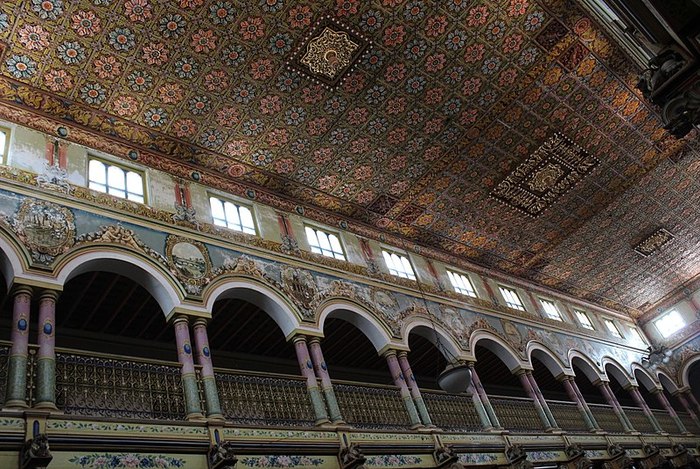 Some of the other countries visited include Indonesia, Malaysia, Vietnam, Cambodia and Thailand and established money-lending businesses there. And along with their trading, they were very well off financially with some of them choosing to settle down in these countries and propagate their culture and religion. Being philanthropic in nature, they also built schools temples wherever they went. They helped in making Burma the rice bowl of Asia, they helped in setting up tea and coconut plantations in Ceylon and they financed rubber plantations and tin factories in Malaya. Their honesty, integrity and law-abiding nature, however, led to money-lending being their primary business, however.

This community was so respected that they won the honour of crowning every successor to the Chola throne until the 13nth century. However, one rogue Chola king abducted one of the Nagarathar women. Since this community prided itself on the chastity of their women, the females of the community did a mass suicide leaving 1,500 male children behind. The community then moved more inland to their current location, settling in about 600 sq km area.

They created 96 villages and built 9 temples with each family owing allegiance to a single temple only. The tradition still carries on till today, with each temple becoming a clan. The region came to be known as Chettinad in present-day Shivagangai district and the community came to be known as the Chettiars.

Till the beginning of the 20th century, the Chettiars were flourishing and built huge mansion-like homes which they filled with riches brought over from their travels. However, the great depression of the ’20s and ’30s saw a dwindling of their fortunes and they moved onto other fields like education and teaching.

Many of these Nattukottai Nagarathars have moved abroad and can be found in all walks of life including governance, finance, computers and healthcare. However many of these banking community members are still into business and have become business entrepreneurs running industries like pharmaceuticals, paper, textiles and engineering goods. Wherever these Chettiars have moved to, they are all doing well – courtesy of their inherent honest and industrious nature.