Pudukkottai is a quaint town in the southern Indian state of Tamil Nadu. It is brimming with history that goes way back to the prehistoric times when the early man had settled here. The area was also the stronghold of various empires including the Early Pandyas, the Thondaimans as well as the British Raj.

Puddukkottai is rich with culture and heritage and home to a number of monuments that makes it a veritable paradise for tourists and history buffs alike. Aside from this, Puddukkottai has also produced a number of luminaries who have brought further fame to this town. Here are a few of the famous personalities who have emerged from here:

Gemini Ganesan – Born in 1920, his real name was Ramaswamy Ganesan and was one of the few graduates
to become an actor in the yesteryears. He was among the 3 top cinema actors and excelled in romantic roles. His
efforts earned him a Padmashree, MGR Gold Medal and Screen Lifetime Achievement Award.

Sundara Sastri Satyamurti – Born in 1887, he was a famous Indian independence activist and
politician. Well-known for his rhetoric, he was one of the leading Indian National Congress politicians from the
Madras Presidency.

Pandiraj – He is a film director in Tamil cinema. His debut film, Pasanga, won several awards
including the coveted National Film Award for Best Screenplay. He has since directed many other films and
introduced several actors into the industry in the process. 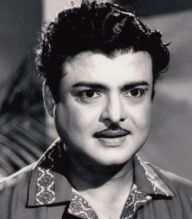 P Kumar – Born in 1971 in Pudukkottai, he is an Indian politician and an MP from Tiruchirapalli since 2009. He is a strong pillar of the popular AIADMK party in Tamil Nadu and is from the legal profession.

F G Natesa Iyer – Born in 1880, he was an activist for the Indian National Congress during the independence movement. He was a prominent patron of the arts and was one of the pioneers of modern Tamil Cinemas. He was a talent scout too and promoted several great Carnatic music artists including M.K. Thyagaraja Bhagavatar, T.K.S. Brothers and M.S. Subbulakshmi.

These are but a few of the many luminaries who had their beginnings in the heritage town of Pudukkottai.