Tamil Nadu is one of the four Dravidian states of southern India with a known continuous cultural history of at least 4,000 years. This magnificent peninsular state is home to some of the country’s most remarkable temple architecture and a marvelous living tradition of music, dance and various art forms. Tamil Nadu is also famed for its historical temple towns, scenic hill stations, numerous waterfalls, national wildlife parks and a lip-smacking cuisine. In fact, a perfect holiday getaway!This southern state is home to a number of heritage sites that are mainly composed of intricately designed ancient temples and deities of the Pallava and Chola empires spread out across the upper half of the state. The following are a few of the heritage sites in Tamil Nadu: 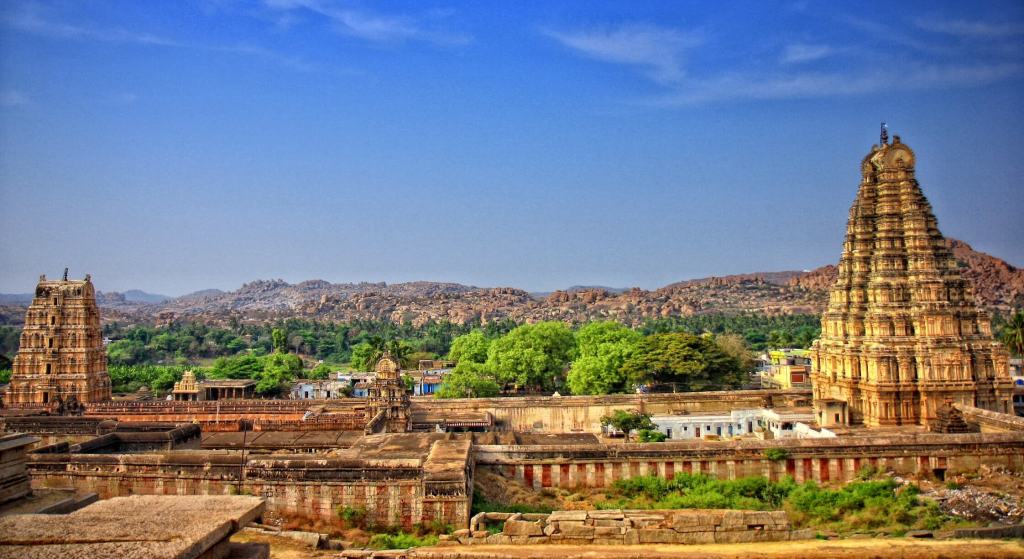 Also known as the ‘Great Living Chola Temples’, these three temples were built by the Chola kings during the 11th and 12th centuries and include the Brihadeeswara temple in Thanjavur, the Sri Brihadeeswara temple in Gangaikonda Cholapuram and the Airavatheswara temple at Darasuram. These magnificent temples stand testimony to the brilliant workmanship of the craftsmen during the ancient Chola rule, inclusive of amazing architectural skills, sculpturing, painting and bronze casting.

The Brihadeeshwara temple built here in the typical Dravidian style in 1010 AD is a UNESCO World Heritage Site and popularly known as the ‘Big temple’ or the RajaRajeswara temple. Located in Thanjavur, which was once the capital of the Chola Empire the temple sits near the banks of the Cauvery River. The temple is wholly made up of 130,000 tons of granite and is designed in such a mysterious way that the shadow of its pillars never falls on the ground during daytime. It’s known to have one of the tallest pillars in the world, at a height of 198 feet.

The Brihadeeswara temple in Gangaikonda Cholapuram was built by the Chola king’s son, Rajendra Chola and completed in 1035 AD. Similar in structure to the Brihadeeswara temple in Thanjavur, it’s also built in the Dravidian architectural style with a vimana measuring 180 feet. The main deity here is also Shiva and the temple has amazing fresco designing and is one of the most visited temples in Tamil Nadu.

The Airavateswara temple is located close to Kumbakonam and built in the 12th century CE. Along with the other two Brihadeeswara temples, this third temple is also dedicated to Lord Shiva and has a huge chariot drawn by horses. It has some really exquisite stone carvings as well as interesting inscriptions on the stone walls and follows the same architectural legacies of the Chola Empire.

Located about 60km from Chennai, these were built by the Pallava kings in the 7th and 8th centuries. They are a must-see sight with the numerous monuments carved out of rock along the Coromandel Coast. There are 11 mandapas dedicated to various deities as well as temples shaped as chariots. Other exquisitely carved rock reliefs depict stories that keep you glued to the scene!

The seat of the Chettinadu clan is another site full of a cultural heritage that shouldn’t be side-lined; with its awesome collection of mansions, unique cuisine, and world-famous hand-made Athangudi tiles, glass bangles and cotton saris, it’s also a world heritage site.

It’s an outstanding example of ingenious engineering as the train carries you through mountains with breathtaking sceneries and thick forested areas.